There has been much debate on what grounds and criteria one may posit their belief to be classified as knowledge in regards to their testimony of the Church. I’ve had such conversations with members of the Church, atheists, and agnostics alike. It’s a fair question. I intend to put an end to such a question in the minds of Latter-day Saints.

What does it mean to know something? Know is defined as, “be aware of through observation, inquiry, or information.” Based on the definition, knowledge is contingent on the thing in question being real. You know gravity is real right? Prove it. You can’t, can you? Scientists have proven it to be real though, haven’t they? Have you personally checked their math lately? Probably not. You very well could be accused of having faith in scientists rather than having knowledge of gravity, if we use the commonly held standards of the world.

Let’s say that you live alone, isolated in the middle of the woods far from civilization. It’s just you and your dog. There are no neighbors and wildlife mostly averts your property. You have seen your dog eat your food on the table in the past any chance he gets. You make some spaghetti for dinner and put it on a plate on the table. You leave the room for a minute. When you come back you notice the spaghetti is mostly gone. Some of it has spilled on the table and floor. There is spaghetti sauce on your dog’s mouth. Now the big question: how do you KNOW your dog ate the spaghetti? Can you PROVE it? Is it ultimately indisputable with no other possibilities existing? Let’s look at many of the possible explanations as to what happened to the spaghetti when you left the room.

Why am I asking such silly questions? As silly as the questions may be, can you PROVE none of them are the correct explanation as to what happened to the spaghetti? And I mean PROVE. You can’t. I ask these outlandish questions to show the double standard that some irrationally apply to the gospel and the doctrines of the church but not anything else.

Reality operates within a certain set of eternal laws. I would compare existence to an unfathomably large ghost machine. Gears, shafts, engines, cranks, pulleys, levers, chains are all moving, turning, and shifting. This machine is running on particular algorithms. The machine never deviates from its operations. It doesn’t grow new parts. It doesn’t start operating under a different code. It just has been, and always will be. Gravity is a good metaphor for the metaphorical ghost machine. You can’t touch it. You can’t see it. You can’t smell it. You can’t taste it. You can’t hear it. Yet we know the force exists. You let go of an object and it drops, without fail. You look into space with a telescope, and you will observe the Earth orbits the sun without fail. It would be unintelligent to legitimately ask someone if they KNOW that a rock will drop if they let go and then to have doubts about it prior to the experimental dropping.

The problem with many people’s definition of “know” is when discussing terms of religion, they change the definition with an artificial and impossible standard. Their standard is that knowledge must be indisputable and one must be capable of proving so. The truth is nothing meets that standard. In any other context, people simply don’t pose that standard -meaning to change the definition of “know” with extra criteria only when considering religion is dishonest.

This unmeetable standard of proving that a belief is irrefutable is not in the definition of know or knowledge. We know things because we observe them to be so. When we think we know something, but in reality, are wrong, it merely a lack of sufficient observation. The Ghostly Gears always operate reality the same way. Once we observe enough of the effects of these Ghost Gears, we learn truth.

You and I will both agree that if, while in a normal scenario on Earth, I let go of a pebble, we KNOW that it will drop. Nobody would dispute we KNOW such a truth. When you have observed the effects of those ghost gears long enough, you understand at least the basics of gravity, even if you don’t have a Ph.D. in physics.

I have observed the ghostly cosmic gears long and well enough to know that God is real and that The Church of Jesus Christ of Latter-day Saints is true, along with its doctrines. Just because someone hasn’t taken the time to observe the Ghost Gears and their effects in the particular location of the machine that evidences God and His truths, doesn’t mean those particular gears don’t exist and operate as you have observed them. It only means the person has failed to look sufficiently (or at all) at that portion of the Ghostly Machine.

I have seen the evidence of the ghost gears, even if I can’t physically touch them (like gravity).

I have seen countless historical evidence of the Book of Mormon’s authenticity. I have personally taken upon myself the experiments proposed within the texts of The Book of Mormon, and seen their promised results. I have paid my tithing and seen the Lord prosper me financially. I have kept the Word of Wisdom and reaped its benefits. I have read the scriptures, prayed, and attended church and have seen promised blessings. I have obeyed the counsels of the prophets and experienced the promised results. I have, like all, sinned and suffered the promised consequences, including the absence of the blessings that I was warned would be missing.

In essence, I have dropped rocks, and each and every time, the rock fell. I went to space, and just like I was told, the rock floated when I let go. Time and time again the gospel proves true every whit. Never have I dropped a rock of the gospel and seen it magically fly away into the horizon. Never have I held it in my hand refusing to let go to witness it magically come to life, spouting arms, ripping itself from my hands. The doctrines of the church have in essence told me about how a particular portion of the Ghost Machine operates. I have observed that, without fail, the Ghost Machine has operated exactly as the gospel has claimed it to do so. You’d think if the Church and its teachings were false some of it would prove true while some proved false – yet in my 23 years of life and countless testing, each and every claim has proved true. I have had countless spiritual experiences, each occurring within the confines and operations of the Ghost Machine as told by the Church.

Yes, I KNOW the Church is true. Maybe you do too. 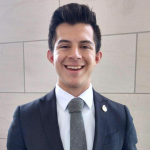