There has been a lot of criticism lately from friendlies about #DezNat and those who use it. Much of that criticism seems to come from a faulty premise some people have about its purpose and creation. I’d like to clear that up a bit.

I started using Twitter in 2012 as a huge Mitt Romney fan. (I know, I’m sorry) I had around 2500 followers and was quite engaged politically on various subjects of politics. My activity on that account carried on through the Obama years. During the course of time, I met several other Latter-day Saints online, though we were not all very overt in our beliefs and practices. Still, it was obvious and we connected in various DM (direct or private message) groups.

After the 2016 election, I scuttled my political account and went all-in on my “Latter-day Saint” identity and followed all of the LDS accounts I could find. I was indiscriminate in who I followed. If you had “Mormon” in your bio, I smashed that follow button. See, I’m not from Utah. I have never lived in Utah and the church in the midwest certainly leaves much to be desired culturally for people of my faith. I was excited to openly engage with people who shared my values! Or so I thought…

At first, it wasn’t terrible. A few friendly engagements and a couple of accounts whose sole purpose seemed to be really terrible LDS puns (looking at you @Mormonger) but on the whole, it was okay until it wasn’t…

I started seeing some really terrible things being said about BYU by current students who were only there for the tithing subsidized tuition. I saw open hostility and criticism of the Brethren by blogs with fifty thousand followers. I saw sacred things joked about by people who claimed to be active members. It was totally disheartening and deflating and I was going to dump Twitter altogether. I became discouraged at the state of the Church and felt more alone in my beliefs than before.

“If this is how bad it is in Utah, what chance do we stand out here in the bible belt?” I asked myself. I had gone looking for hope of evidence of my people being out there and was met with the crushing realization that I may well be alone in my values and beliefs.

Determined to nuke my account, I figured I’d just start throwing bombs out there and push back against all the spite I was seeing. I started commenting on people’s trash takes. I started challenging ungrateful BYU students, and I started sharing messages of testimony. As I did that, two things happened:

Suddenly I again had hope that I wasn’t alone. People still wanted to defend the gospel and I realized the kind of crap I endured was the same sort of thing that kept everyone else quiet. Prior to all of this, you couldn’t share a spicy, unapologetically committed to the gospel tweet without being completely thrown to the wolves, and NO ONE from #Twitterstake was coming to your aid. It was every man for himself, and most were content watch and be “nice.” All the while, most members online were entertaining some straight-up apostate ideas and not pushing back for fear of such reprisals.

Then, my man @JPBellum labeled what we were doing. He called it #DezNat. What we realized in a lot of our private discussions is that politically, ethnically, and in every other way, we don’t all align or agree perfectly. The only thing we all had in common really was the gospel. It was all that mattered. After exhaustive internal debates on politics, policies, economics, etc. the gospel was what we collectively decided trumped everything. It IS our unifying factor:

A deeply held commitment to the gospel of Jesus Christ and an acknowledgement that his Church is his Kingdom on earth. It supersedes all other authorities on earth. Our politics should bow to the Church, not the other way around.

So, #DezNat was born. But what of our antagonists? Well, they were still here, harassing us and others. So, we harnessed the power of MEMES and went on the offensive. We figured there were more of us out here who just didn’t know where to find us. #DezNat was the flagpole and memes were the flag (we have some pretty dank ones I may add) We started clearing a space for us TO EVEN EXIST! Prior to this, we weren’t allowed any freedom of expression and it took us months to carve out space for faithful members. (you’re all welcome, by the way)

We have been able to beat back some VERY terrible accounts that have very real and malicious intent. We have been able to build a rock-solid network of like-minded Saints ACROSS THE GLOBE and from ALL RACES AND POLITICAL PERSUASIONS. We are WAY more diverse than we get credit for, except for our love of the gospel – on that we are homogeneous.

Now, some of you are late to the party and have only heard of #DezNat in the last few months. I love and welcome you. One of the good things about the tag is it has been largely open to interpretation by its users.

With that come various meanings and purposes. I want to be clear here… My purpose with #DezNat has never been to “defend the church” – it has been to DEFEND PEOPLE WHO DEFEND THE CHURCH.

It has been about providing others what I wish I had found when I joined Latter-day Saint twitter: people committed to the Gospel and unafraid to share it. Unfortunately, bad actors and apostates still lurk. They still harass and they still malign. People not prepared for that reality continue to fall victim to their tactics. I’m totally uninterested in letting that happen.

You may disagree with our tactics, our “tone” and our memes. I don’t much care about that. Memes are modern political cartoons and I wholeheartedly embrace them. I will continue to make and use them. Some will suck, and some will be totally awesome:

#DezNat may outlive its usefulness someday soon, and that’s okay. The networks we are building with it are real. The friendships and testimonies are real and the commitment to God’s kingdom is real.

You can gripe about it, you can tone police us, you can undermine and try to thwart it to your heart’s content, but the spirit of it isn’t going anywhere. I’M NOT GOING ANYWHERE. This is my faith, my life, my gospel. I will not apologize for being a zealot. The gospel of Jesus Christ literally SAVED MY LIFE. This Church holds the authority for the administration of saving ordinances and Russell M. Nelson is a prophet of God. I will defend my right and the right of others to declare it as they see fit.

And I will continue to bust your balls for trying to tell me how to do it. 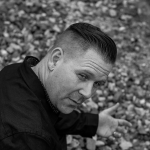