Isaiah has truly seen our day. He prophesied words that give us much to think over, study, ponder and apply. He saw our dispensation and issued us his words of warning. This week’s Come, Follow Me reading included a scripture I find to be completely meant for our time. I hear it quoted often, not just within Christ’s restored church but also by many people of varying faiths. It’s even talked about without reference to Isaiah at all, but made as an observation of our current state where everything feels backwards, wrong, and very perverse.

Wo unto them that call evil good, and good evil, that put darkness for light, and light for darkness, that put bitter for sweet, and sweet for bitter!

Satan has succeeded at deceiving those found in the great and spacious building little by little calling it popular and woke.

Elder Durrel A. Woolsey taught in 1995:
“Satan offers a strange mixture of just enough good to disguise the evil along his downward path to destruction, as described by Nephi, and ancient prophet when he said:
For behold, at that day shall he rage in the hearts of the children of men, and stir them up to anger against that which is good.
And others will he pacify, and lull them away into carnal security, that they will say: All is well in Zion; yea, Zion prospereth, all is well—and thus the devil cheateth their souls, and leadeth them away carefully down to hell.”

Elder Woolsey continued, “Satan does rage in the hearts of some. Many he will lull away into carnal security; others he flattereth, or he says there is no hell. He has lured and enlisted many followers with the enticements of fame, riches, and power. He forges a Rembrant-quality representation by calling evil good and good evil. He has confused many people, even nations and leaders, to the point of an immoral approach to moral issues.

“Let me mention just three examples of voices that are ungodly and powerful among Satan’s many proclamations. First, he says individual agency is a justification for the destruction of a human life through abortion; second, same-gender intimate associations and even marriages are acceptable; and third, chastity and fidelity are old fashiponed and narrow minded-to be sexually active with free expression is acceptable.”

Instead of God’s law, a counterfeit to God’s law is pushed at every angle in society today. This isn’t new and unique to this year or even the last decade or more. We’ve felt this push in the culture mounting for years outside of organized religion. The difference is now it has leaked slowly into the religious scene. Members around us within Christ’s Church have been duped by Satan and his false narrative of love and inclusion. Slowly and carefully Satan has changed out evil for good. He’s flipped the switch from light to dark. He has corrupted the sweet and replaced it with bitter and called it tasty. He’s been hiding evil in an adorable and brilliantly wrapped package, calling it love and attaching Jesus’ name to it as his. How easy has it become for people to get this one so wrong, all while telling themselves Jesus would have done the same.

In John 8, we learn about a woman taken in for adultery. She was taken to Jesus by a group asking the Lord to deal with her the way they thought she should be dealt with. Jesus asked who among them was without sin to cast the first stone and carry out the law of the land. No one would cast the first stone and they each left. The woman was left behind with Jesus. The men were not in trouble for pointing out sin. The main point here was not Jesus telling the woman there were no consequences for her actions. It was His teaching her to “…go and sin no more” That is love.

Spencer W Kimball taught, “The glorious thing about the whole matter of repentance is that the scriptures are as full of the Lord’s assurances that he will forgive as they are full of his commands for us to repent, to change our lives and bring them into full conformity with his wonderful teachings.” He went on to say prophetically like Isaiah of old:

“We make no apology for raising our voices to a world that is ripening in sin. The adversary is subtle. He is cunning. He knows that he cannot induce good men and women to do major evils immediately, so he moves slyly, whispering half-truths until he has his intended captives following him.”

Satan is working hard to deceive the members of Christ’s church. He has infiltrated the very hearts of those who once held God’s law above man’s law. He has tricked them into flipping the switch by calling it love and political correctness.

President Nelson said during his first General Conference as president of the church: “In coming days it will not be possible to survive spiritually without the guiding, directing, comforting, and constant influence of the Holy Ghost.”

In the coming days there will be an increase in opposition and ways to sin. This opposition will come from many sides and even unexpected places. During the infancy of the church there were anti-Mormons and apostates, and currently there are and will be ravenous wolves in sheep’s clothing. They masquerade as enlightened, but are very much just your basic deceived person.

President Nelson gave us a very specific list to fight the battle:

Now is the time to take a stand and make the commitment to follow the Holy Ghost and prepare to not be deceived by the adversary. Familiarize yourself so much with the good, the light, and the sweet so the evil, the darkness, and the bitter will have no place in your journey back to your Heavenly Father. Pray for discernment.

Then-Elder Nelson warned, “The temptation to be popular may prioritize public opinion above the word of God. Political campaigns and marketing strategies widely employ public opinion polls to shape their plans. Results of those polls are informative. But they could hardly be used as grounds to justify disobedience to God’s commandments! Even if ‘everyone is doing it,’ wrong is never right. Evil, error, and darkness will never be truth, even if popular.“ 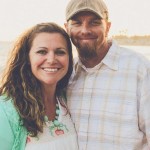 1 thought on “Come, Follow Me: Wo Unto Them Who Call Evil Good”