As Jesus neared the end of his mortal ministry, He began to prepare His closest disciples for His coming death. In Matthew 16:21-22 we read, “from that time forth began Jesus to shew unto his disciples, how that he must go unto Jerusalem, and suffer many things of the elders and chief priests and scribes, and be killed, and be raised again the third day.“

Peter, in probable shock at the Lord’s words, expressed his dismay and disbelief at the possibility of Jesus’ death responding, “Be it far from thee, Lord, this shall not be unto thee.”

Any of us who have lost a loved one can empathize with Peter. Being confronted with the death of a loved one can be unbearable to contemplate and we often shrink at the thought. I can imagine the conflict and sorrow that must have beset Peter at the thought of Jesus’ death. Here was a man who had taught him, eaten with him, struggled with him, rejoiced with him… loved him.

But Jesus was not an ordinary man. Peter had personally witnessed Jesus heal the sick and afflicted. He had seen him calm raging storms and seas. He had walked with the Savior on water and was at his side when Jesus raised the dead to life again. Furthermore, Peter had borne witness that Jesus was the Son of God. Surely He who had power over nature, over the elements, and over death itself could be victorious over anyone who sought to oppose Him and end His life.

Jesus’ role as our Messiah, however, was far greater than anything Peter or the other disciples could possibly comprehend. It was not simply to minister to the people of Israel, teach of God, and to perform miracles. Neither was it to free them from Roman occupation, as many Jews believed. The effects of the atonement and resurrection would be eternal in nature and extend not only to the Israelites but to every person who had ever or would ever live. It was a role that Jesus had covenanted to fulfill before this world was created. He came to redeem us from the effects of the Fall: sin and death, and allow us to return to the presence of our Heavenly Parents.

Peter was a witness of much of Jesus’s suffering as He submitted to the will of the Father by performing the atonement and allowing himself to be crucified. I imagine he must have felt many of the same feelings that we experience as we watch a loved one suffer pain or sickness, and die: helplessness, confusion, anger, regret, grief.

As Christ’s body was hurriedly laid in the tomb late that Friday afternoon, the finality of death must have weighed heavily on His family and friends. When they rolled the stone over the entrance to Jesus’ tomb, they did not understand that His death was not the end, but the necessary antecedent to the glorious day of resurrection.

The bleakness of death is so dreadful because it represents the loss of hopes and dreams, potential and knowledge, the possibility of reconciliation, and the joy of companionship and love. It is an unbridgeable chasm dividing us from our loved ones. Death is something all of us must face during our time on this Earth no matter how we may wish to avoid it.

Perhaps for some, death may be seen as a merciful release. There are many who suffer disease, disability, deformity, and mental challenges that severely decrease their quality of life. Additionally, there are those who are impacted by poverty, hunger, war, abuse, bondage, injustice. Many have considered the immense hardships that people have suffered in this life and wonder if their lives were worth all the pain and sorrow.

The answer to that question is, “Yes!” Thanks to the resurrection of our Savior, every sorrow and pain that we endure in this life is worth it.

As the light of dawn broke on the Sunday morning following the crucifixion the suns’ rays spilled through the door of an empty tomb. When the sorrowing women came seeking their dead Lord the angels proclaimed to them, “Why seek ye the living among the dead? (1) He is not here: for he is risen, as he said. Come, see the place where the Lord lay.” (2).

As Peter ran to the tomb, and in wonder beheld the empty linens that were laid aside, a surge of hope must have filled his heart. And when the resurrected Jesus appeared to Peter and the other disciples, Peter must have wept for joy and felt to exclaim, “O death, where is thy sting? O grave, where is thy victory?” (3)

Because our brother and Savior rose from the grave, death has no power over us. All of us, whether our sufferings have been physical, spiritual, or both; will one day be made whole. In the glorious day of resurrection, we shall behold our loved ones again. We will talk to them and hold them in our arms. We can continue to hope, dream, learn, and grow despite the sorrows, pain, and hardships of mortality and the inevitability of death because Christ has given us an eternity.

I love the account of our resurrected Savior visiting the Nephites. When He descended in glory before them and was announced as their Redeemer, He invited them to come to Him one by one and see for themselves the tokens of His death still imprinted in His hands, feet, and side. One day, every one of us will receive the same invitation from our Messiah; we will look into His eyes and see the love that He has for us, the love that enabled Him to save us from both spiritual and physical death. 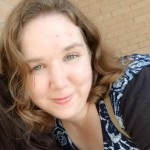 Jessica is a lifelong member of The Church of Jesus Christ of Latter-Day Saints, and has been privileged to see the gospel in action in many parts of the world. She is a wife and mother, and loves hiking, reading, and music. You can follow her @Jessla_G.