Critics and non-believers of the church often attack the church and its members by cherry-picking parts of history, claiming scientific theories don’t support scripture, using the faults of others to de-legitimatize the words of prophets, as well as other tactics. Some of their arguments can be very convincing. Many of us know someone who has fallen away from the church thanks to the influence of the CES letter and other sources that seek to undermine gospel truths.

One thing these critics can never touch or explain away is a person’s deeply held spiritual experiences. They can claim it is made up or no different from any other emotion, but unless they have felt what you personally have felt, they really have no idea what they are talking about and you can rest assured that your testimony building experiences are real and nothing can take them from you.

I want to share a personal story on how I gained a permanent testimony of prayer that can never be shaken.

Since I was 13 years old, I have battled Crohn’s Disease. A couple of years ago, I was the sickest I have ever been. I was unable to eat or drink anything without excruciating pain. I weighed 85 pounds and by the time I was admitted to the hospital, I was just a few days from death by malnutrition and dehydration. My heart was dangerously weak and I was at risk of my organs shutting down. I was hospitalized after the doctors found my colon was almost swollen shut and I spent the next two months fighting for my life while my body stopped responding to any and all medication.

It is a long, long story, but suffice it to say that frustrations were high and the entire situation was terrifying and stressful. The doctors were not sure what to do, and I kept getting worse.

Through all of this, I knew there were thousands, if not tens of thousands, of people praying specifically for me. I knew my family, extended family, many church wards, friends from all over, previous wards I had been in, and even Catholic schools, seminaries, and convents had me on their prayer rolls and were fasting for me. My name was submitted in over a dozen temples.

Their prayers did not miraculously heal me. But every night, even after I would spend the day crying and frustrated that we weren’t getting answers, I would be overcome with the most peaceful assurance that I was noticed. That my pain was known, and that I had not been forgotten.

One night, at about 10 p.m, my doctor came into my room. This was incredibly unusual. Doctors typically do their hospital rounds once a day, first thing in the morning. My husband and I had been lamenting about how frustrating the entire situation was and also praying together that something, anything, would happen to get the ball rolling to get me on the path to better health – whatever that path may look like.

My doctor came in at that late hour and gave us a solid game plan. It was the first plan of action we had been given in months! We could practically see a glowing light behind him as he walked in, and when he finished and left the hospital room, we gave prayers of thanks and cried with relief. Right then, a very real impression came to my mind and heart. I could physically feel every single prayer that had been said for me. It filled my heart and mind. Even my breathing was filled with peace.

It was made known to me that Heavenly Father heard every prayer and He was answering them, every single one. There are angels around us that we cannot see, and people in our lives who will do the work of angels. These angels are literally sent from our Father in Heaven to answer prayers. This truth was solidified in my heart by the Holy Ghost. I can never deny it, and I will share this testimony with all who will accept it.

The plan my doctor presented ended up being exactly what I needed to place me on the road to recovery. It was not an easy road, nor was it short or fast. I have since continued to have both hard times and good times. But even in the hard times, when I hold on to that witness I received in that hospital room that night, I am always reminded that I am never alone and through Christ, I can do all things required of me.

Your prayers are heard. You are never alone. No matter where you are in your relationship with deity, Heavenly Father is very, very active in your life. If you cannot see or feel it, pray for it. And then watch. You can see miracles every day, and you will see that all miracles are a response to a prayer said with faith in Christ’s name.

No matter your questions, no matter your struggles, doubts, fears, or pains – turn to prayer. It is a small and simple act of faith that can make all the difference. 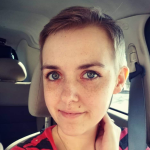 Laura is a life-long member of The Church of Jesus Christ of Latter-day Saints. She is a wife and mother and teaches cello from her home. You can follow her on Twitter @Laurathecellist

1 thought on “The Power of Prayer is Real”