It has certainly been an interesting couple of weeks. While I am not a BYU graduate (go Utes), I feel a vested interest in the health of the BYU experience. A couple of weeks ago, a modification to the school’s honor code compromised that health. Many heralded the change as a leftward slide undoing thousands of years of moral truths. They paraded and celebrated because now, finally, their sins were no longer sins, or at least not punishable by the Honor Code. Many claimed core Church doctrine had changed because of the update.

The rest of us recognized that a change in explicit prohibitions in an honor code – not changes to any doctrine, laws, or prophetic guidance – was in no way releasing members of the church from their guilt. This week, a CES letter confirmed the latter understanding.

A number of brave Latter-Day Saints, seeing the waves of pride building up around them, have decided to do something truly courageous: read aloud, on campus, the words of the prophets in The Family: A Proclamation to the World. Such consternation! Much alt-right! How scandalous! Opponents met this reading with intense derision, death threats, protest, and violence. When confronted with their behavior, these deriders countered with a set of inconsistent tropes the type of which we frequently hear from the more progressive membership.

Britt Unfiltered, a powerful recent convert to the church, asked a poignant question a couple of weeks ago: “What implications does God giving us free choice have?” Her follow-up question to that (now unavailable) asked about two mindsets we see in Christianity: (1) the more laissez-faire attitude of “live and let live”, and (2) the urgent attitude of crying repentance to an often non-receptive world. My take was that the difference between the two is charity, which is the pure love of God. Agency, the ability to determine one’s own path, is a natural, immutable property of our existence. Without it, we are not. I do not view it necessarily as a “gift” per se; it merely is the natural state of man.

“Live and let live,” the philosophy espoused by many saints that restrains them from reaching out to those who have strayed, is really no different from “live and let die.” The consequence of abandoning our brothers and sisters to their own devices, and withholding our saving hands, is spiritual death. This is the action of the natural man, he who worships his agency and hence himself. It is a product of natural selection and survival of the fittest: let others destroy themselves so that you can gain an advantage. Charity, on the other hand, constrains us to reach out our hands, regardless of whether or not the lost soul wants salvation. Charity is a true gift of God, foreign to the natural man, and acts contrary to the evolution-derived tendencies in our species. It is wholly unnatural.

But his hand is stretched out still

God shows His charity and love to His children in many ways, but the most consistent of all is His use of the ordained and anointed to cry repentance unto his wayward offspring. Abinadi wasn’t sent to King Noah to destroy him, but to offer him salvation. Noah refused and was ultimately destroyed, but Abinadi’s effort and sacrifice paid off massively through Alma. Samuel the Lamanite wasn’t sent to Zarahemla to destroy it, but to offer it salvation (which a few did accept, but most rejected). Ammon did not go to Lamoni to destroy people, but to save them (and boy did he ever).

Over and over and over, the Lord sends his servants to preach repentance even though rejection is likely. God does not give up on us, even if we have given up on Him. He is unwilling to simply live and let live. We are His work and His glory. For me, the most poignant demonstration of this charity comes from chapter nine of Isaiah. This is the same chapter that inspired Handel to write “The Messiah.” There are three sections after the triumphant opening section I would like you to consider.

First, in Isaiah 9:8-12, Isaiah describes great destruction and warring among the peoples of the land. In verses 13 through 17, he describes a wicked people entrenched in lies and false prophets. Verses 18 through 21 he describes further hatred, deceptions, and destruction. The state of the children of men appears doomed, but each section ends the same way: “For all this his anger is not turned away, but his hand is stretched out still.” (emphasis mine)

Shake off the natural man

There are various ways of interpreting those scriptures, and I do not claim to have a perfect knowledge of them all. I understand I may be wrong. However, when I read those verses and the statement highlighted above, the image that enters my mind is not of a terrible God striking the land and its inhabitants, but rather a patient God holding out his hand to a fallen people, all so that at least one, as was the case with Alma, will look up and take it. Even to the most wicked societies, God will send his prophets. Why does he not just let them wither away? Why does He not just “live and let live?” The answer should now be clear: because He loves us.

We accepted upon baptism to serve and follow our Lord and Savior Jesus Christ, and to do that which He would do. We agree to love and support, heal and bless, and preach repentance to this generation, even our own who are straying at BYU. This is not the sole task of our ecclesiastical leaders, but the duty of all of God’s people. We are all to build up His Kingdom, but the only way to do that is to shake off the natural man and care enough to reach out to those that are lost. Let us be like the Lord, and have our hands be stretched out still. 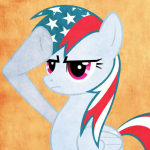 Dr. Kankokage is a very bad person. He lives in Oklahoma with his wife and four young children. Follow him on Twitter (@kankokage) for in-depth pony discussions and scatological musings.

1 thought on “Live and Let Die”