Shortly after their beginning their journey to the promised land, Lehi had a vision of the world and the church that Jesus Christ would organize. Nephi, being the youngest, and probably the most curious of the family, didn’t quite understand the meaning of his father’s dream. He writes that he “had desired to know the things that my father had seen.” (1 Nephi 11:1).

And it came to pass that the Spirit said unto me: Look! And I looked and beheld a tree; and it was like unto the tree which my father had seen; and the beauty thereof was far beyond, yea, exceeding of all beauty; and the whiteness thereof did exceed the whiteness of the driven snow.
And it came to pass after I had seen the tree, I said unto the Spirit: I behold thou hast shown unto me the tree which is precious above all.

We know that the Tree of Life is a symbol of Jesus Christ, and the beauty is His love and mercy; pure and innocent, like a child. Through Christ, we may eat of the fruit.

One of the next things that the Holy Ghost shows is the rod of iron, which we are told is the word of God, which leads on a straight course to Jesus Christ.

Just from this, we see that nature of God that everyone is all so familiar with. God is love.

But just because God loves us, doesn’t mean that he won’t withhold blessings from us for doing wrong. You see, love is more than accepting one’s wrongdoings. In God’s view, his love is exemplified through Jesus Christ, who laid down his life so that we could obtain forgiveness and obtain the fruit of the tree, even eternal life. By doing so, He not only paid the price of sin, he asks that we do a few simple things. “Come, follow me,” (Luke 18:22). “If thou wilt enter into life, keep the commandments,” (Matthew 19:17). “Thou knowest the commandments,” (Mark 10:19, Luke 18:22).

One of the most important commandments that we are given is to sustain His anointed servants, specifically the President of the Church and the Quorum of the Twelve Apostles. As members of the Church of Jesus Christ of Latter-day Saints, we understand if we do not sustain these men as Prophets, Seers, and Revelators, we are not worthy of holding a temple recommend. Nephi saw in the vision, Christ, and His chosen twelve, an organization that continues in our day. Over the last several years, there has been some considerable backlash on various things that the Brethren have spoken about, even from members of the church.

There have been many people, young and old, both outside of AND inside the church, who have criticized the church for not changing policies and doctrine to be “more including.” These people murmur and complain that the Brethren are old and out of touch. What they always miss is that this church is not run by 15 old men who aren’t with the times. This is Christ’s Church, and He will direct it as He so wishes, with a perfect knowledge of our Heavenly Father’s will and plan.

President Gordon B. Hinckley had a word to say regarding those who had criticisms of the church:

“Now may I say a word concerning loyalty to the Church:
We see much indifference. There are those who say, ‘The Church won’t dictate to me how to think about this, that, or the other, or how to live my life.’
‘No’, I reply, ‘the Church will not dictate to any man how he should think or what he should do. The Church will point out the way and invite every member to live the gospel and enjoy the blessings that come of such living. The Church will not dictate to any man, but it will counsel, it will persuade, it will use, and it will expect loyalty from those who profess membership therein.’
When I was a university student, I said to my father on one occasion that I felt the General Authorities had overstepped their prerogatives when they advocated a certain thing. He was a very wise and good man. He said, ‘The President of the Church has instructed us, and I sustain him as prophet, seer, and revelatory and intend to follow his counsel.’
I have now served in the general councils of this Church for 45 years. I have served as an Assistant to the Twelve, as a member of the Twelve, as a Counselor in the First Presidency, and now for eight years as President. I want to give you my testimony that although I have sat in literally thousands of meetings where Church policies and programs have been discussed, I have never been in one where the guidance of the Lord was not sought nor where there was any desire on the part of anyone present to advocate or do anything which would be injurious or coercive to anyone.
The book of Revelation declares: ‘I know thy works, that thou art neither cold nor hot: I would thou wert cold or hot.
‘So then because thou art lukewarm, and neither cold nor hot, I will spue thee out of my mouth’ (Rev. 3:15–16).
I make you a promise, my dear brethren, that while I am serving in my present responsibility I will never consent to nor advocate any policy, any program, any doctrine which will be otherwise than beneficial to the membership of this, the Lord’s Church.
This is His work. He established it. He has revealed its doctrine. He has outlined its practices. He created its government. It is His work and His kingdom, and He has said, ‘They who are not for me are against me’ (2 Ne. 10:16).” (“Loyalty”, Gordon B Hinckley, April 2003).

We may not be able to sit in on any of the meetings that the Quorum of the Twelve Apostles and the First Presidency have. But we have an assurance that those 15 men are conducting the Lord’s church how He would have it done.

Keep that in mind, while we jump back to 1 Nephi 11 for a quick moment.

In verse 32, we read: “And it came to pass that the angel spake unto me again, saying: Look! And I looked and beheld the Lamb of God, that he was taken by the people; yea, the Son of the everlasting God was judged of the world; and I saw and bear record.”

While there are those who criticize the leaders of Jesus Christ’s Church, they do not realize that they are literally criticizing their Savior. They judge Him, even as the world judged Him.

To close this part of the vision, Nephi is shown one last image.

The message of 1 Nephi 11 is pretty simple. God loves us, but He will not allow anyone to enter into his presence if they cannot follow the commandments. His love is purer than anything this world can begin to offer and comprehend. Part of His pure love is the fact that it is also just. Keep the commandments, follow the prophet, and receive the blessings of eternal life through your obedience.

Are we by the Tree of life, or in the building? Where do you want to be when the Lord comes? If you need to, repent now. Meet with your bishop. Time is running out. The Lord will come soon. I fear that there will be many who are not yet ready for his arrival because they refuse to repent. 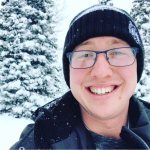